In the Empress Dowager's Quarters, the Prime Minister reports to Yoon Yeon Lee that the compact was taken away from him. Ja Gyeom reassures the Empress Dowager that despite losing the compact, they have gained something, confirming that the Crimson Moon is indeed Crown Prince Jin Yeon. In order to secure the power they lost, Ja Gyeom convinces Yeon Lee that a marriage should take place between his daughter with the Emperor. Hyun Bin overhears the rumor. Yi Hwi is still thinking about Dan Ah being the girl he met ten years ago. Baek Ho reports to him that the body of the inspector general they sent was found dead by the lake. Suddenly, Yi Hwi sees Dan Ah running who is following Yi Won's whereabouts, when they stop over to see Hong's paintings. But, Nam Yang Heon suddenly appears but Dan Ah escapes from him as she is saved by Yi Hwi. 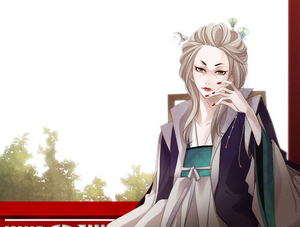 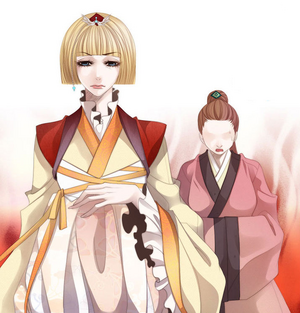 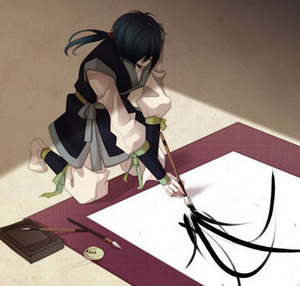 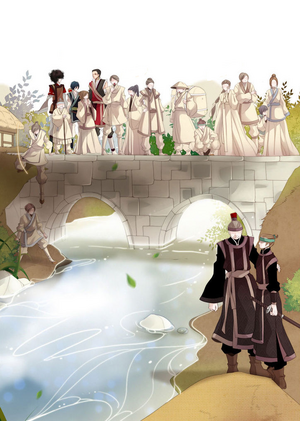 Retrieved from "https://twelve-nights.fandom.com/wiki/Chapter_13?oldid=6804"
Community content is available under CC-BY-SA unless otherwise noted.