Nabi is advised by Yi Jeok to not stress over Yi Won. Midnight struck, and Nabi recalls the supposed meeting of Yi Won and Dan Ah at Hwa Gwi Cheon. Under the rain, Nabi runs to Hwa Gwi Cheon to see if Dan Ah is still there. Drenched, Dan Ah stays for a while when she sees an expressionless Yi Won wandering around. Seeing their opportunity, a group of men from Nam Hyeon launches an attack on the two. Ji Ryeon appears and protects Yi Won but not Dan Ah, who was injured by the sword when Yi Won walks away. A swordsman is about to kill Dan Ah when Crimson Moon comes to her rescue and receives a huge wound at his back in return. Dan Ah manages to escape while Crimson Moon fights the battalion. On her escape, Dan Ah encounters Yi Won but can barely stand because of her wounds especially on her feet. With this, Yi Won turns back and gives Dan Ah his pair of hye, while a wounded and unmasked Crimson Moon is about to give Dan Ah her shoes. 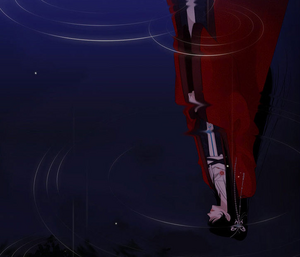 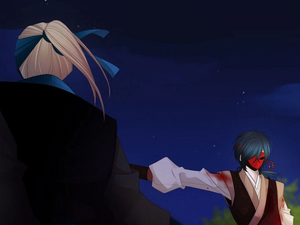 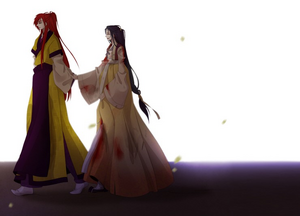 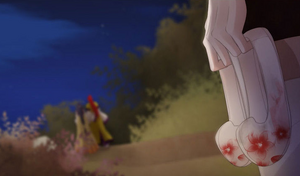 Retrieved from "https://twelve-nights.fandom.com/wiki/Chapter_22?oldid=6813"
Community content is available under CC-BY-SA unless otherwise noted.