Farewell is Chapter 30 of the Twelve Nights manhwa.

At the Moon's End Village, a couple died because of the plague that has started in the countryside and is quickly spreading across Ga Guk. The people, weakened by the food shortage of winter and unable to fight the disease, continue to die helplessly. Due to the negligence and indifference of the Imperial Family, the plague soon arrives near the capital. The fake Crimson Moon is seen as the one who gives the villagers weapons in order to fight for their lives.

At Yoo Ja Gyeom's house, Nabi is inspecting from afar the visitors coming inside the house including Kim Hak Gyu, the Secretary of Treasury, and Wi Ji Hyun, the Secretary of Defense. Nabi is actually bidding her farewell to Dan Ah as she is going away. Dan Ah hurriedly gives her a perfume case with plum blossoms in it as a memento. 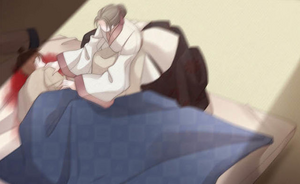 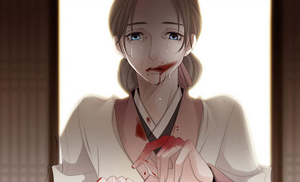 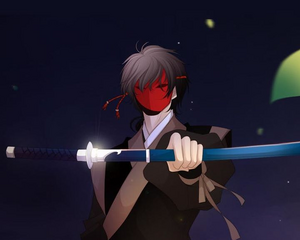 Retrieved from "https://twelve-nights.fandom.com/wiki/Chapter_30?oldid=6117"
Community content is available under CC-BY-SA unless otherwise noted.