Want is Chapter 41 of the Twelve Nights manhwa.

Yi Won and Dan Ah arrive at Bi Hwa Rim. Dan Ah has a lotus lantern that she wants to float it on the water which is supposed to be released to the sky. She tells Yi Won of the legend that if one floats a lantern at Hwa Gwi Cheon with someone who is dear, their bond will circle around and around the stream. Dan Ah further adds that she wants to float a lantern with Yi Won before she "departs" to the palace. As Dan Ah floats the lantern, Yi Won tells Dan Ah that he knows already that she is the daughter of the Prime Minister. Out of nowhere, Dan Ah asks Yi Won to elope with her but afterwards says to him that it's only a jest. Yi Won laughs about it but gets serious on really eloping with her. His reasoning at the back of his mind is that he'll at least be able to curb the influence of his mother's faction and if he names Dan Ah as his empress, Ja Gyeom won't be able to act so pompous anymore. Meanwhile, Hong has his painting done which he will give to Yi Won and notices the lotus lantern stuck behind the rocks. As Hong was about to get the lantern, Yi Won and Dan Ah sees him, but he drops the lantern on accident which floats on the river. Hong and Yi Won get into a quarrel but Dan Ah says that since the lantern has been floated among the three of them, then, they can meet again even if they are separated. Simultaneously, they are all being tailed by Baek Sa.

At Yu Hyang Ru, Seon Woo Seo In and Yi Jeok prepare for the attack by the imperial forces but the cannon is still what remains to be missing. Wol Young Hwa suggests to sell Yu Hyang Ru so as to procure the cannon.

The next day at Jin Hee Palace, Hyun Bin and Yi Won talk for a while when Ja Gyeom arrives. Ji Ryeon is able to locate where Rok Ha is staying. They go there to meet him. 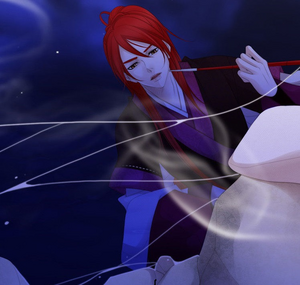 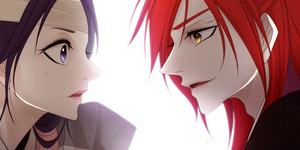 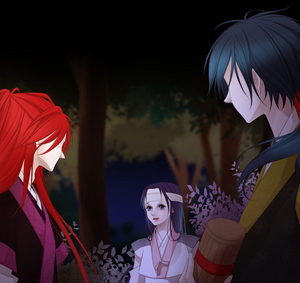 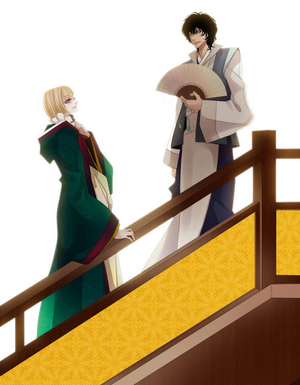 Retrieved from "https://twelve-nights.fandom.com/wiki/Chapter_41?oldid=5936"
Community content is available under CC-BY-SA unless otherwise noted.